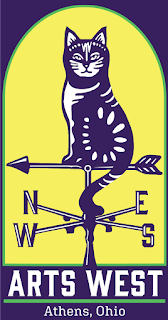 In June of 2005, the City of Athens purchased a former church building, which would later become
ARTS/West, with funding from the city’s revolving loan fund. This loan utilized the Ohio Department Development Community Development Block Grant (CDBG) funds. Money left from this fund was used for renovation of the property.

Along with the money remaining from the building purchase, the Performing Arts Venue Task Force,
which was formed by the Athens Municipal Arts Commission in 2003 to investigate the need for an
Athens performing arts venue, secured a $60,000.00, over a three year period, grant for renovation
from the O’Bleness Foundation. In addition, Hocking Valley Bank gave a $4,500.00 gift which was used to purchase sound equipment. An Olympian Founders campaign (gifts of $100.00 or more from community members) was also started to help fund renovation work.

Renovation of the building was split into two phases. In the first phase, changes necessary to make a flexible, serviceable performance space available would be accomplished. Once completed, the second phase commenced with work that would perfect the functionality of the building and allow more varied use of facility.

By mid-July 2005, the first classes were held and booked to continue in the fall. Renovation work was scheduled throughout the summer and fall of 2005. The first renovation task, to transform the former sanctuary into a performance space, took place in August and September.

Community use of ARTS/West expanded through the remainder of 2005. ARTS/West Presents was
launched with the first ARTOberfest, a west side neighborhood celebration of the performing, visual,
and culinary arts. By the end of 2005, ARTS/West had hosted Planned Parenthood of Southeastern
Ohio, Appalachian Regional Theater Company, the Athens Photographic Project, Young Life of Athens County, the Athens Vineyard Fellowship, and the Ki-en Crew. 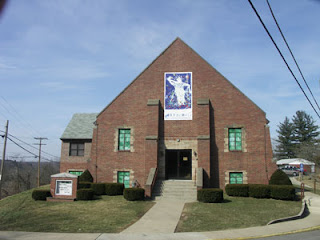