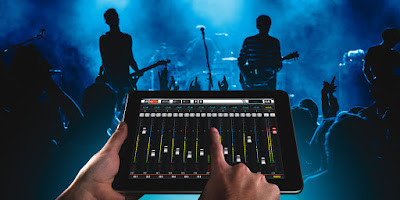 Join David Eubanks as he shows off the new digital sound system recently installed in the ARTS/West Robert L. Winters Memorial Performance Space. Learn how to use the iPad in conjunction with the digital mixer and get certified to work as a technician with ARTS/West! To register, please email Chelsa at cpeterson@ci.athens.oh.us or call 740-592-4315.

Keep an eye out for more tutorials scheduled throughout the summer/fall if you can't make this one!

Posted by Arts West:Athens' Community Gateway to the Arts at 5/31/2016 No comments:

The last class of Vinyasa Yoga is cancelled on Friday, June 3rd. Instead, Maria will be holding her last class on Friday, June 10th at the normal 5 pm time. We'll see you then!
Posted by Arts West:Athens' Community Gateway to the Arts at 5/26/2016 No comments: 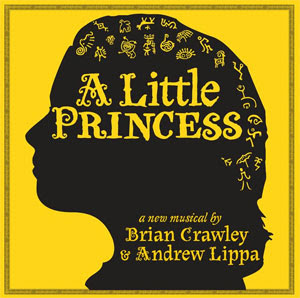 Misfit Theatre (formerly known as Scene One) announces auditions for Andrew Lippa and Brian Crawley's musical adaption of A Little Princess! Directed by Matt Johnson. All ages are encouraged to audition! Auditions will take place at ARTS/West from 2-5 pm on Saturday, June 4th and Sunday, June 5th. You only need to attend one audition, but please plan to be there the whole time as we will be doing a lot of group work. Please prepare a short musical theatre song to sing acapella or with a track. We will have speakers but an accompanist will not be provided. Please come dressed to dance as you will learn a small piece of choreography as a group. Be prepared to do some cold reading from the script, but remember to relax and have fun! Rehearsals are tentatively set to begin June 6th, and we will rehearse 2-3 days a week. Performances will be August 19-21 and 26-28. If you have any questions or cannot make an audition date but would still like to audition, contact info@misfitsdrama.com.

Posted by Arts West:Athens' Community Gateway to the Arts at 5/26/2016 No comments: 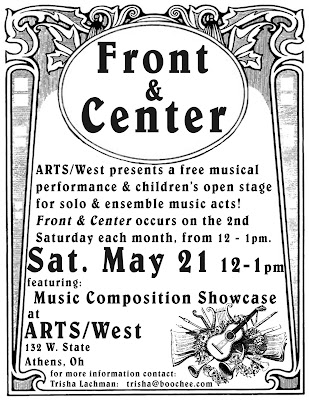 Bring the whole family to ARTS/West for a free Saturday afternoon of musical fun. Taking place on May 21st from 12-1 pm, Front and Center offers a relaxed environment for children to perform on stage. Best of all it is free! This month, we will be featuring a Music Composition Showcase in place of a special guest. For more information contact Trisha Lachman at trisha@boochee.com.
Posted by Arts West:Athens' Community Gateway to the Arts at 5/12/2016 No comments: 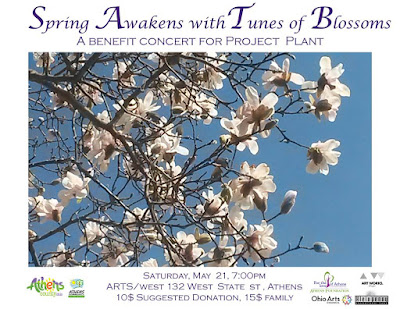 The SATB Athens Community Choir will be holding their first concert of the year on Saturday, May 21st. The event will take place at 7pm at ARTS/West with doors opening at 6:30 pm. As always the SATB concert will aid a charity, as all proceeds will benefit Project Plant. Everyone is welcome to come enjoy some great Spring choral music. Suggested donation: $10/individual or $15/family.
Posted by Arts West:Athens' Community Gateway to the Arts at 5/10/2016 No comments: 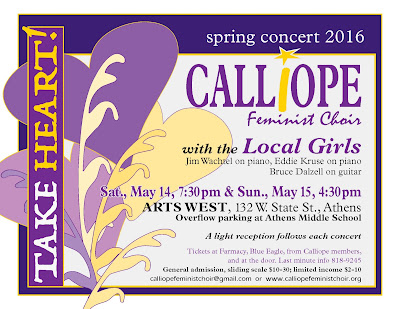 Come out  this weekend on May 14th and 15th as The Calliope Feminist Choir takes the ARTS/West stage with special guests the Local Girls, Jim Wachtel on piano, Eddie Kruse on piano, and Bruce Dalzell on guitar. A light reception follows each concert. Tickets available at the Farmacy, Blue Eagle, as well as Calliope members and at the door. For last minute information, please call 740-818-9245. General admission, sliding scale $10-30; limited income $2-10. Overflow parking is available at the Athens Middle School.
Posted by Arts West:Athens' Community Gateway to the Arts at 5/10/2016 No comments: 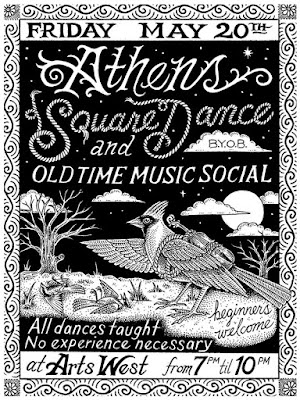 Come out on Friday, May 20th for an evening of fun with traditional Appalachian square dancing and live old time music. The social will take place from 7-10 pm and all dances are taught, so everybody is welcome. Bring your own drinks, alcoholic (IDs will be checked) or not, bring your kids, or bring grandma who might even recognize some of the songs! $6 donation, doors open at 6:30 pm.

Posted by Arts West:Athens' Community Gateway to the Arts at 5/03/2016 No comments: 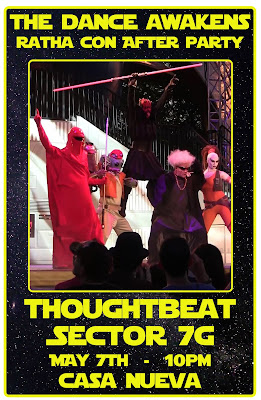 After the first day of Ratha Con, on Saturday, the fun will continue at the Casa Cantina with the costumed dance party “The Dance Awakens” at 10 p.m. Music will be provided by Sector 7G and Thoughtbeat. Admission will be free for adults and $2 for underage patrons.

Posted by Arts West:Athens' Community Gateway to the Arts at 5/02/2016 No comments: 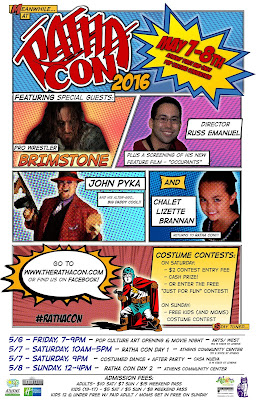 ARTS/West and the City of Athens Arts, Parks & Recreation Department is sponsoring the 5th annual Ratha Con: Athens Own Pop Culture Convention.
This year’s event will kick off on Friday, May 6 (5-10pm) with a full evening of activities at ARTS/West, 132 West State Street:
5 p.m. to 6 p.m. - opening reception for the Pop Culture art exhibit, including light refreshments.
6 p.m. - screening of the locally made film Kampout by Glenn Martin.
8 p.m. - screening of Russ Emanuel’s film Occupants.
-- There will also be a sneak peek of the new Star Trek: Captain Pike film --
The main convention will take place on Saturday, May 7 (10am to 5pm) and Sunday, May 8 (12 to 4pm) at the Athens Community Center, 701 East State Street.
Special guests include: Brimstone, a professional wrestler from New York; filmmaker Russ Emanuel of California; the voice of “Dieselpunk,” John Pyka; as well as actor Alan Courtright, actress Chalet Lizette Brannan, filmmaker Glenn Martin and special effects make-up artist John Marks.
In addition, the web series Con Man, with Alan Tudyk and Nathan Fillion of Firefly, will be screened throughout the weekend. There will be comic artists, dance performances, lightsaber choreography, RPG gaming, workshops, panel discussions, a kid’s craft room, and more.
Returning will be the Z.E.R.O.S. (Zombie Eradication Rescue Operations Squad) as well as vendors selling comics, cards, and collectibles.
There will be three costume contests with prizes, and, back by popular demand, Quidditch matches on Saturday.
Admission is $10 on Saturday and $7 on Sunday, or $15 for the weekend (moms will be admitted free on Sunday). Kids’ (13-17) tickets are $5 on Saturday and Sunday, or $8 for the weekend. Kids under 12 will be admitted free with a paid adult.
After the convention on Saturday, the fun will continue at the Casa Cantina with the costumed dance party “The Dance Awakens” at 10 p.m. Music will be provided by Sector 7G and Thoughtbeat (with admission free for adults and $2 for underage patrons).

Posted by Arts West:Athens' Community Gateway to the Arts at 5/01/2016 No comments: